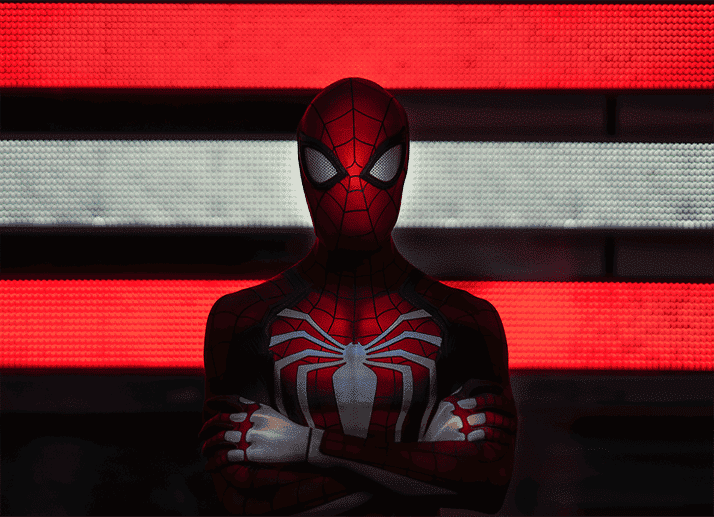 In the early hours of a cold January morning, Rotolight Master of Light, Terry Donnelly, took to the streets of New York with a young cosplayer named Elisha Taylor; armed only with a camera, an AEOS and a Spider-Man inspired vision. Even though his time away was supposed to be a relaxing holiday abroad with his family, Terry couldn’t resist the opportunity for a unique shoot that would challenge his creativity.

“Originally we were supposed to do the whole shoot with two friends of mine, but the first shoot was cut short by a torrential downpour and only lasted a whole eight minutes,” Terry says. “We were able to put our gear into action quickly so still got some great shots in that short time, but it wasn’t quite enough for me.” 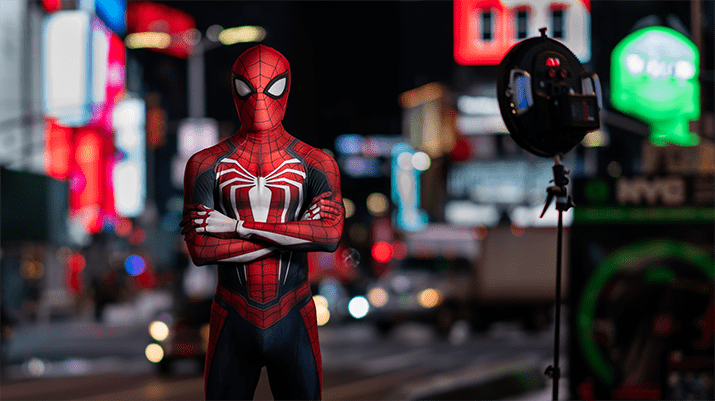 Terry decided to meet with Elisha again to have another go at capturing his idea that had been cut short the previous day. This time, Terry shot alone with no assistants, so the light weight of the Rotolight AEOS was a huge benefit; meaning Terry was able to work quickly and easily, despite being alone. “The light from the AEOS is naturally soft, so I didn’t need to carry softboxes or reflectors around the city with me,” Terry says. “To shoot with a traditional strobe in an environment like Times Square would have been very problematic because they’re just too heavy – and that’s before you add the battery pack!” Terry used only a louvre as modification to the AEOS, which added minimal extra weight, but allowed him to reduce the spill onto the environment; lighting only his subject. “The AEOS is the perfect light for working outside: it’s lightweight, you can easily adjust the colour temperature to match the ambient light and the continuous light lets me preview my shot before I press the shutter release and adjust the light levels to get the look I want.”

Terry was able to draw from his wealth of experience in architectural photography in order to achieve a unique look that used the surrounding environment to creatively frame Elisha. Throughout this shoot, the cool blues and greys of the wintery New York skyline is punctuated with the complementary reds in both the suit and the city’s infamous neon signs.

There are a fair few challenges that come with shooting in a busy location like New York City though; including the heavy footfall of pedestrians.  To minimise the impact of this on their shoot, Terry started each day as early as 6 o’ clock in the morning, but New York is known as the ‘city that never sleeps’ for a reason; meaning the pair had to regularly move locations as the streets started to get busier and shots became too crowded with passers-by.